Economic harm – an illegal but still hidden issue in Aotearoa

More than half of all Kiwi women will experience some form of domestic abuse in their lifetime, with economic harm a growing but a largely hidden issue, says Good Shepherd NZ.

“Although anyone can fall victim to this, it is women, particularly those with dependent children, who suffer economic harm in the greatest numbers,” said Diana.

“Given that the vast majority of people whose income has been reduced due to the Covid-19 pandemic are women, particularly Māori and Pacific women, this has increased their vulnerability to economic harm.

“Yet there is still a lack of understanding and awareness of this insidious problem, which has resulted in poor identification, protections and support systems.

“Consequently, economic harm is a largely unaddressed form of abuse in Aotearoa, despite it affecting all socio-economic groups, locations, sexual orientation, and cultural backgrounds,” said Diana.

That’s why Good Shepherd NZ has built a team to work in this area, led by Social Inclusion Manager Nicola Eccleton.

As it can be both a consequence of other forms of family violence and a form of abuse in its own right, Nicola said that people affected by economic harm become vulnerable to a range of negative outcomes including debt, poverty, homelessness, reduced or interrupted employment, difficulty in caring for or maintaining custody of children, and reduced access to mainstream financial resources.

“People have described being beaten for making financial decisions, and how they cannot afford to leave a physically and/or sexually violent relationship,” Nicola said.

“Many others find themselves accountable for the actions of the people inflicting the economic harm, for example an entire joint debt can be sought and recovered from the person victimised by economic harm through both joint and separate liability,” she said.

Sarah owned a business with her husband, and he manipulated their situation to cause economic and psychological harm, including turning staff against her.

When she hired a family lawyer to represent her in Court, the lawyer advised her to ‘drop it’ because it wasn’t worth it.

Sarah finally worked up the courage to ask for help but felt like an imposter because she hadn’t been physically harmed.

Even though they have separated, he still controls Sarah financially, but she is beginning to see a future. See Sarah’s full story here.

While economic harm is becoming better understood in the financial sector, it is still largely unknown as a form of family violence in New Zealand, the impacts of which are long-lasting and can be intergenerational.

Good Shepherd NZ’s position is that economic harm must become a standalone form of abuse in our legislation, alongside physical, sexual and psychological.

Presently economic harm is included in the Family Violence Act 2018 under psychological abuse.

But the impact of economic harm is different to psychological harm, and consequently it requires a different response, Nicola said.

“Psychological harm is just as damaging but doesn’t result in a poor credit rating for example, which then restricts your ability to sign up to a new rental home,” she said.

“Raising awareness of economic harm is the first step to eliminating its impact in New Zealand communities.

“When people don’t talk about it, they don’t know what it is, so they are unable to identify when they or others are being affected, creating a barrier to support,” Nicola said.

On Aotearoa’s inaugural Economic Harm Awareness Day on Friday 26 November a national discussion will be held for the public, private, and non-profit sectors to come together to better identify this critical issue and combat its devastating effects.

“Ultimately we need to turn awareness and discussions into more actions and initiatives to combat this largely hidden form of harm. Economic harm is too damaging and widespread throughout Aotearoa to ignore any longer,” said Dame Diana Crossan. 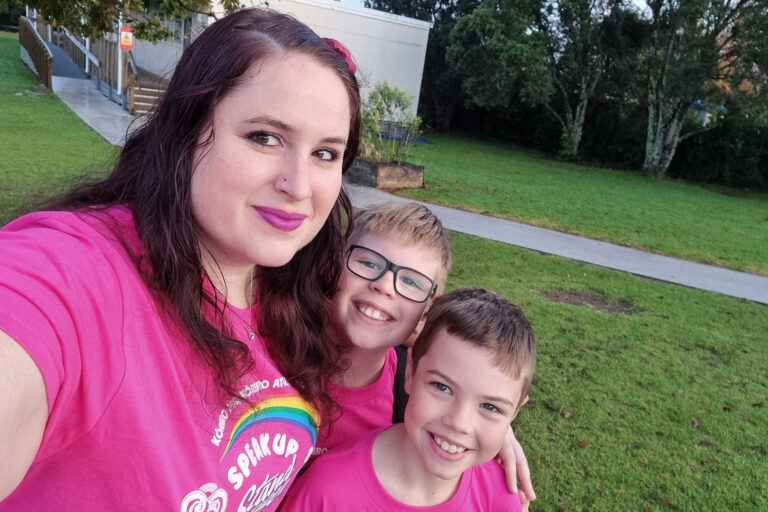 Seeking refuge in another country, experiencing economic harm and having to rebuild her life with $50,000 of debt – Our Financial Wellbeing Coach, Sandra, shares
Read More »
28/10/2022