June shares her life story about how she has constantly grappled with economic harm and the struggles she faced trying to find her feet again.

Her story highlights how the impact of economic harm continues long after a relationship ends.

June was born in the early 1960s on the East Coast to a large family and was raised by her whāngai (adoptive) parents. The family moved to Wellington when June was a young teen, and there she was sexually assaulted.

June never sought help because her family had been threatened and she was scared to reveal what had happened, but without support, she headed into a spiral of self-destruction that involved even more abuse. June’s injuries left her unable to naturally conceive children.

She met her husband at 25, and six years later was excited to learn that she was pregnant thanks to a successful round of IVF.

However, June’s marriage was abusive. Her husband spent his money on drinking, cars and clothes. He would withhold money, including rent money, and leave June to pay all the bills. After he had spent all his money, he took money from her to buy petrol or cigarettes.

There was physical violence as well, particularly when there was no money.

“I had the biggest beating of my life over five dollars– because I didn’t have it to give to him.”

He believed his money belonged to him and so did hers.

Then WINZ made some changes to the way benefits were paid. June started receiving her own money to get what the baby needed, but even then, that was rarely the case.

“I would have to steal in order to feed my baby.”

One day when June was working at a supermarket, a grocery receipt blew towards her while she was on her break.

“I picked it up and looked at it because it was such a long one and I wanted to see what other people got to eat. I was amazed at what was on there, all the most expensive items that I would pass by on the shelves.”

While looking at the receipt the thought occurred to June that she could go and get all these items and walk out with them because she had the receipt. She began doing this regularly, often pushing the trolley full of groceries home because she had no car – stealing them in broad daylight.

Once she decided to leave her marriage, it took her a year of preparation. She worked two part-time jobs but she only told him about one. The money from the second job she saved in a secret account until she had enough money to getaway.

She took out a protection order and got a relocation grant from WINZ to move to the South Island to be closer to family support. WINZ determined that she wasn’t eligible for the full relocation grant because she had moved cities of her own accord, regardless of the fact that she was leaving a violent husband.

“I struggled to furnish a new home with $600 but being denied all the time made me determined to succeed.”

After years of abuse, June decided to study and enrolled at university to do a science degree.

She met a new partner, who turned out to have a gambling problem. He would steal her bank card and empty her bank account. He would break into her house when she wasn’t home and take things to pawn for his gambling addiction.

He wanted June to send her child to live with her mother and keep the child-related payments as a way to increase their income, and for June to get a couple of ‘Sugar Daddies’. He didn’t see a problem with that, so long as they could make more money.

June’s mother would help her out, and the City Mission and the Methodist Church helped out with budgeting and food parcels. June says they were great, helping her with her budget and sneaking extra food into her food parcels. They would ask how she managed on $20 a week.

“We lived on chicken frames and found ways to manage. Sometimes we got a little mince. I went to great lengths to try and get food for the family. I just stopped worrying about the money and trying to get it back. I could only focus on the here and now and how we would get by.”

Once June decided to leave, she asked WINZ for support to pay for petrol, and they wouldn’t help because she was choosing to leave, even though she was leaving for her and her daughter’s safety.

Her ex-partner stalked her and stole her car. Police wouldn’t help as they claimed it was a domestic dispute. He drove the car all around the country accruing $7,000 of fines, that June had to pay.

June still wanted to complete a course of study to get a good job, so she decided to complete a Certificate in Human Services. She gained a job in a social service agency and began to work through her financial situation.

She consolidated her debts to secure a lower interest rate and manageable repayments, saving $4,000 in interest in the process.

June thought this was the start of a new life, but her job required a police check and a charge of theft from 30 years previously was now a barrier to her new career. While her manager fought hard for an exemption, it took four years for her to finally argue her case as to why she should be eligible for a ‘Clean Slate’.

June is pleased to see that there have been changes to some of these laws, including police safety orders, and that women are now able to request a disclosure about the violent history of a new partner. But there is still a long way to go.

She paid all the bills while during her marriage but when she left, the credit history she had created paying those bills went to him. Later, it took five years to build up her own good credit rating.

June asked ACC for help to replace her missing teeth, but because she hadn’t recorded who punched her, and where and when it happened, she couldn’t access support.

June says it really made a difference who she talked to at WINZ, now called Work and Income.

“It’s so important to get the money when you need it and not later on! You are already struggling and then you end up fighting the system.”

18 years after she needed the money, she got a rebate from Work and Income for $2,000 that she had been underpaid at the time, when she had a young child to look after.

June says so many other people are experiencing violence just like she did, and a simple gesture or piece of advice can be so helpful, and potentially life-changing for someone experiencing domestic violence.

June says even now she is the first to say “get help with those debts!” because that put her on the track to a better financial situation. 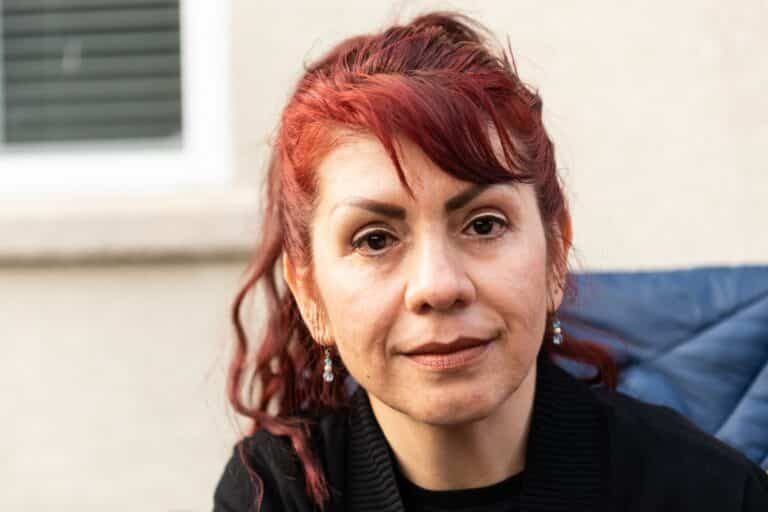 Paige didn’t realise the severity of the harm she was experiencing until she started to spend some time apart from her partner. Even when the
Read More »
26/11/2021 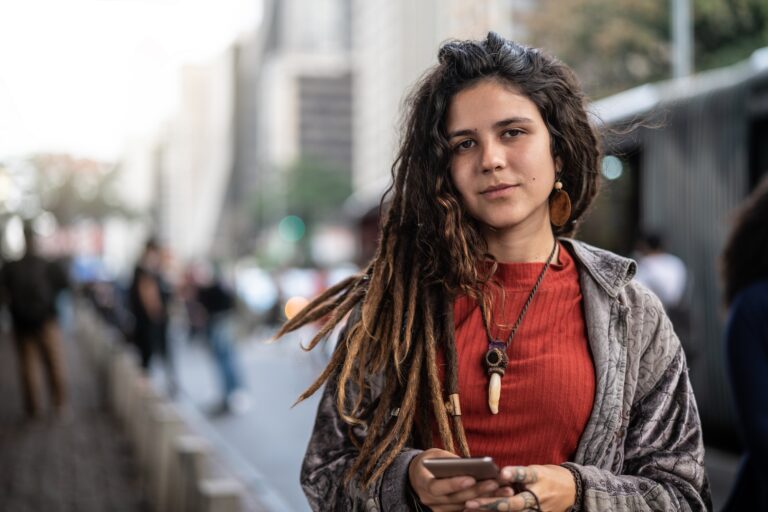 Lara’s relationship, like many, started out healthy – but over time things started to change and when she decided to leave the relationship, she footed
Read More »
26/11/2021